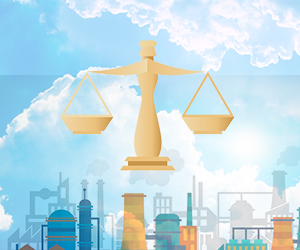 Last Friday’s High Court decision on Thomson v Attorney General has been described as “an important judicial contribution to the critical issue of how Government should respond to climate change”, said Climate Minister James Shaw.

Law student Sarah Thomson had filed a case against the former Minister for Climate Change Issues, Paula Bennett in June this year, questioning the adequacy of the National government’s response to climate change.

The judicial review challenged two decisions made by the Minister for Climate Change Issues. Each concerned a target for reducing harmful greenhouse gas emissions. One of those, the 2050 target, was set under domestic legislation. It was accepted it was amenable to review but the parties differed on whether the Minister breached that legislation by not reviewing the target following updated international scientific consensus about climate change.

The other decision concerned the setting of a 2030 target pursuant to an international agreement (the Paris Agreement). The defendant considered that this decision falls to be determined in international rather than domestic fora. The defendant further considered the 2030 target is a policy decision which involves balancing competing considerations and is outside the Court’s proper role. The plaintiff considered the decisions to be amenable to review on traditional judicial review grounds.

In the court’s decision, presiding Judge Justice Mallon, acknowledged that the case had been overtaken by the election of the new Government, and that it was for that new Government to weigh the competing factors and reach a view about appropriate climate change targets.

Responding to the court ruling, Minister Shaw confirmed that the new Government is committed to enacting the Zero Carbon Act, placing into law the target of becoming a carbon-neutral economy by the year 2050.

“The new, politically independent Climate Commission that we will establish, will be tasked with setting out a pathway towards the 2050 goal. That may well include revising New Zealand’s 2030 target, which was the subject of Ms Thomson’s claim”, he added.