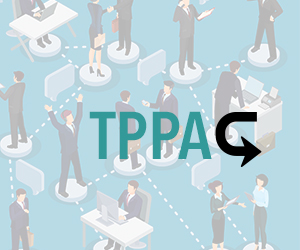 In a post-Cabinet press conference on Tuesday, PM Jacinda Ardern announced that New Zealand’s trade negotiators would “do their utmost” to amend the Investor-State Dispute Settlement provision (ISDS) of the Trans-Pacific Partnership Agreement (TPPA). She added that cabinet had also instructed trade negotiation officials to oppose ISDS in any future free trade agreements.

The ISDS provision within the TPPA’s investment chapter (Chapter 11) enables corporations to sue governments via closed-door tribunals for policies and regulations that erode a foreign corporation’s profits.

A number of TPP partners are small countries for which the threat of multi-million-dollar litigation from large foreign corporations would be enough to discourage regulators from pushing through reforms designed to protect the public interest, with the environment and health sectors often being the chief casualties. In countries such as New Zealand, whose agricultural and marine policies are shaped by environmental and biodiversity considerations, this could have a regulatory chill effect.

In Canada alone, under the North American Free Trade Agreement’s ISDS, 35 lawsuits have been levelled against the government. Of these, 63% involved challenges to environmental protection or resource management programmes that allegedly interfered with the profits of foreign investors.

University of Auckland law professor Jane Kelsey described the new government’s decision to ISDS off the table in future trade and investment negotiations as “a major step forward”.

“New Zealand joins a growing number of countries who have rejected the controversial process whereby foreign investors can enforce special protections against governments in private offshore tribunals and claim huge compensation for new regulations or even court decisions that significantly affect their commercial interests”, she said.

While Professor Kelsey has applauded the government’s decision to take a firm stance on excluding ISDS from the TPPA, she advises that a review of the costs and benefits of the TPPA is necessary before further negotiations take place.