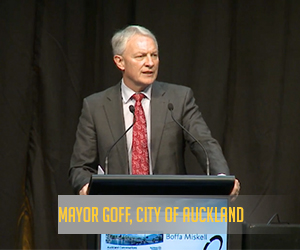 Mayor Phil Goff is a born and bred Aucklander. He represented Mt Roskill for 10 terms of parliament and became New Zealand’s youngest ever cabinet minister in 1984. During his 15 years in cabinet, he covered a number of portfolios including housing, environment, and education. His various posts have included Associate Finance Minister, leader of the Labour Party and the leader of the opposition, Minister of Education and Minister of Trade. Phil’s priorities are working with the government to tackle:

Phil’s vision for Auckland is an inclusive and diverse city where talent and enterprise can thrive.