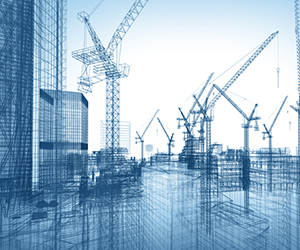 Election day has now come and gone but the country does not yet know which party(ies) will form the next Government. There is a range of possible options for a future Government, with NZ First holding the balance of power between National and the Labour-Green bloc. The most likely outcome appears to be a National-NZ First Government but anything is possible. This article examines consider the position of infrastructure in the discussions over the coming weeks.

Positions of the political parties

The Government’s present plan for infrastructure is set out in Budget 2017 and includes the City Rail Link, State Highway 1 rebuild through Kaikoura, school upgrades and around half of the overall investment going into the National Land Transport Fund (collectively $9.2 billion). As most of these projects are committed and the first quarter of the 2017/18 financial year is over, a number of these projects will be off the table in coalition negotiations. The exception to this is the Southern Motorway East-West Link, which Labour has proposed delaying and scaling back.

The main differences between the parties arise over the priority projects for the coming term. On the one hand, the National Party’s largest infrastructure policy is their expansion of the Roads of National Significance programme, costing an additional $10.5 billion. National has said it would make Mill Road a State Highway ($1 billion) and invest in safety improvements over the current network ($600 million). For rail, National has proposed to allocate an additional $548 million to KiwiRail and to build and electrify the third main line ($230 million) and full double tracks for the Hutt Valley Line ($37 million).

On the other hand, Labour and the Greens have individually promoted a number of policies which would increase funding for regional roading ($280 million), construct a replacement for the Manawatū Gorge Road ($120 million), and build a new Bus Rapid Transit line from Howick to the airport. However it is their rail projects which have received the most emphasis. These include building light rail from the Auckland CBD to the airport ($2.3 billion for the upper limit), establishing passenger rail services between Auckland, Hamilton and Tauranga ($400 million), investigating a spur line to Marsden Point, upgrading the North Auckland Main Trunk line, as well as the possibility of reopening closed rail lines such as the Napier to Gisborne line (uncosted). The parties also have policies to develop a national port strategy and to shift national freight from road carriage to coastal and rail carriage.

On the election results NZ First is the only minor party large enough to provide either National or the Labour-Greens bloc with enough seats to command the majority of Parliament. Which parties does NZ First have the most alignment with in terms of infrastructure?

NZ First’s three main infrastructural policies are the upgrade of Whangarei to Port Marsden road; the relocation of the Ports of Auckland to Northport; and heavy rail to the airport. Some of these policies align more with National and others with the Labour-Greens:

However, Winston Peters’ loss of the Northland seat may affect the comparative importance of these policies to the party and its leader, and therefore with which side there is most alignment.

Against all of the above, the recent rupturing of the Marsden Point to Wiri Pipeline raises the question of whether any of the political parties are giving appropriate attention to the resilience of the nation’s existing strategic infrastructure. Perhaps understandably the parties seem to focus on the new, exciting projects rather than the exposure of our existing infrastructure to risk.

Amendments were made to the Resource Management Act 1991 (RMA) earlier this year (partly in response to the Canterbury earthquakes). In particular, the management of significant risks from natural hazards is now a matter of national importance to be recognized and provided for under s 6 of the RMA. The RMA however does not require any party to ‘audit’ our existing infrastructure against risk and plan for its resilience. While there is an obligation under s 101B of the Local Government Act 2002 for local authorities to prepare and adopt a 30 year infrastructure strategy which specifically addresses the management of risks relating to natural hazards, there is no requirement to assess overall vulnerabilities or man-made risks.

Similarly, s 38 of the Civil Defence Emergency Management Act 2002 requires councils to plan for the management of natural or man-made hazards and risks, but does not require proactive planning for infrastructural resilience.

Recent calls have been made for the establishment of an Infrastructure Commission to be responsible for resilience monitoring, preparation and reporting. The introduction of such a Commission might result in more focus on the resilience of existing infrastructure in future infrastructure projects. However the ultimate decisions will lie with whether future funding scenarios for infrastructure fully take into account the future resilience of the network, and these costings fully accepted as an intrinsic aspect of the projects. No doubt that will lie within the relevant cost benefit analysis – so ultimately it lies in the hands of the operators regardless of the government’s position, unless there is a legislative change.

Kensington Swan was the official sponsor of the #Connect plenary session at RMLA’s #Liveable 2017 Conference that took place in Auckland 21-23 September. 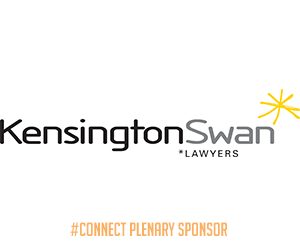