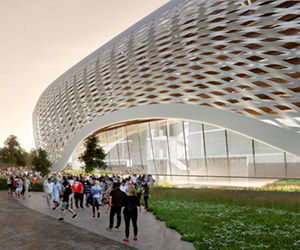 The Minister supporting Greater Christchurch Regeneration, Nicky Wagner, has released the pre-feasibility report for a Multi-Use Arena in Christchurch.

The report considers the viability of an arena and outlines four options of varying size, functionality and cost.

“This report provides the Government and Christchurch City Council with some direction and clarity. It reinforces the need for a multi-functional and flexible facility capable of hosting everything from a test match through to a cultural festival, food show or concert tour,” Ms Wagner says.

“Any option must be an asset for Christchurch, Canterbury and New Zealand. That means generating revenue, but it also means embracing innovative trends and new technologies.

“Internationally, venues such as this are much more than stadiums — they can be patronised seven days a week in exciting new ways. If we think about it creatively, we can do something spectacular here too.”

The four options are:

The next step is to decide on a preferred option and further develop the business case.

More than 50 organisations and individuals were consulted during the pre-feasibility study.

A copy of the pre-feasibility report is available at: https://www.dpmc.govt.nz/publications/multi-use-arena-pre-feasibility-study-christchurch