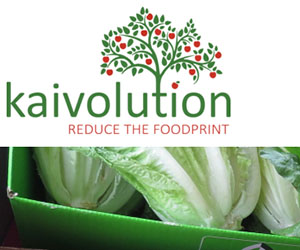 The Government’s Waste Minimisation Fund has awarded $150,000 to the Waikato Environment Centre’s Kaivolution programme, which aims to divert edible food waste from landfill, and redistribute it to charities and community groups.

Since Kaivolution launched in October 2014, nearly 245,000 kilograms of food have been redistributed in the Waikato community.

The funding will support the purchase of suitable vehicles, a fork lift and a chiller room that will allow Kaivolution to meet demand from a growing number of food donors, community groups and food recipients in the region.

The Waste Minimisation Fund was established in 2009, and is funded by a levy of $10 per tonne charged on waste disposed of at landfills. The fund’s purpose is to boost New Zealand’s performance and innovation in waste minimisation by reducing waste and increasing the recovery of useful resources from waste. Over $80 million has been awarded to more than 130 projects to date.