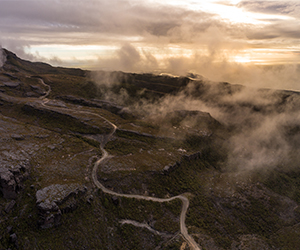 Documents released under the Official Information Act indicate that the Government has been working to circumvent environmental protections and public involvement to enable new coal mining on conservation land, according to local NGO, Forest & Bird.

In May, Forest & Bird revealed that the Government was working on mining plans for the ecologically valuable Buller Plateau.
The NGO says that, over a period of 18 months, the Government investigated creating ‘Special Economic Zones’ to push through contentious developments, including coal mining on the Buller Plateau.

Another workstream discussed in the documents includes a ‘single window’ for all necessary approvals for mining developments on the West Coast.  Southland was another region considered for special economic zoning. A key site being investigated is Port Pegasus in Stewart Island, a location that the briefing paper describes as containing ‘some of the largest areas of near pristine marine habitat in New Zealand, with significant natural heritage values.’

“The Government and mining companies are acutely aware that new mines are likely to be turned down under the normal consenting process, given the ecological significance of the area,” explained Mr Hague.  “If [SEZs] went ahead, anywhere the Government wanted to carry out development – they could. Roading through National Parks, irrigation dams, energy generation, aquaculture, controversial tourism developments – you name it.”

The OIA documents reveal that officials from the Ministry of Business, Innovation and Employment advised Ministers not to proceed with SEZs due to significant ‘social license’ issues and risk of litigation. Despite these reservations, the documents make clear that several key ministers and some regional and district councils favour special economic zones, and that Local Government New Zealand ‘remains strongly committed to the concept’.