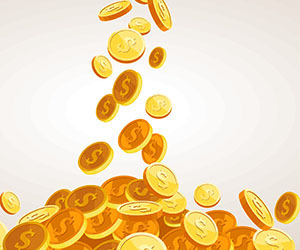 The government has allocated NZ$1 billion to support the build of 59,400 new houses in New Zealand’s fastest-growing population centres over the next ten years. Environment, Building and Housing Minister, Dr Nick Smith, says the removal of planning constraints on subdivisions and reforms to the Resource Management Act have enabled the government’s housing programme to be accelerated, and that the next step is to deliver the necessary infrastructure.

“This infrastructure initiative is the logical next step in our housing programme. We have freed up planning constraints on new subdivisions through Special Housing Areas and reforms to the Resource Management Act but the areas zoned for residences cannot be built on without infrastructure”, said Dr Smith says. “We will be working closely with the Councils and developers to ensure these projects are progressed at pace”.

Construction on this scale will require a significant number of resource consents to be processed within a very short space of time, says Minister Smith. He anticipates the first earthworks to be under way this summer, with the first houses consented early in 2018 and building completed by late 2018.

The $1bn investment will be allocated across nine projects in five different council areas, Auckland, Hamilton, Waikato, Tauranga and Queenstown.

Auckland Council – $300 million – 10,500 houses – The investment in Auckland will be used for water and transport infrastructure development, to support fast-tracked construction of large, greenfield housing developments at Whenuapai and Redhills.

Hamilton City Council – $272 million – 8,100 houses – The investment will provide network roading and water infrastructure for the 8100 greenfield section Peacockes Development on the southern border of Hamilton.

Waikato District Council – $37 million – 2,600 houses – The Housing Infrastructure Fund will provide local road upgrades, cycle connections, and three waters infrastructure needed to support a 2600 section subdivision in Te Kauwhata in Northern Waikato. The project includes a wastewater solution that will remove all the existing municipal wastewater discharges from the catchment of Lake Waikare and the Whangamarino wetland, allowing a major lift in the freshwater quality in both the lake and the wetland.

The Government says it will be making statements on further new funding options and tools for housing infrastructure in the coming weeks.