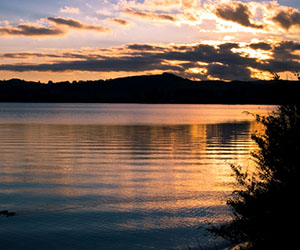 The Crown has signed a Deed of Settlement with Ngāti Tūwharetoa at Waitetoko.

The settlement provides Crown acknowledgements, an apology and redress for the Crown’s historical breaches of the Treaty of Waitangi.

Ngāti Tūwharetoa will receive financial and commercial redress of $25 million. Cultural redress includes cultural funds totalling $3,950,000 as well as the transfer of 32 properties of cultural significance to the iwi.

With a population of approximately 36,000 people, Ngāti Tūwharetoa is the fifth largest iwi in New Zealand. Its area of interest covers most of the Central North Island region and is centred on Lake Taupō (Taupōmoana) and the Central Plateau.

Within the next year, the Crown will begin cultural redress negotiations over Tongariro National Park with Ngāti Tūwharetoa and other iwi and hapū with interests in the park.

Ngāti Tūwharetoa’s historical grievances against the Crown include the prejudicial impacts of native land laws, the breach of obligations relating to Tongariro Maunga and environmental degradation that occurred following the construction of the Tongariro hydro-electric power generation scheme.

This is the 84th deed of settlement signed by the Crown.

The Deed of Settlement is available online at www.govt.nz/treaty-settlement-documents/ngati-tuwharetoa/.