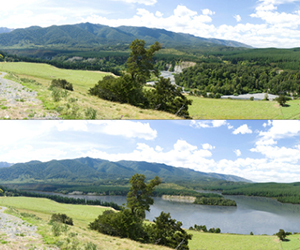 “We will now look at changing the law to ensure we can continue to improve conservation outcomes by having the ability to make land swaps where the outcome would be a win for conservation”, said Minister Barry, who describes the Ruahine Forest Park as “a low value piece of conservation land”.

The Department of Conservation had attempted to downgrade the conservation status of part of the Ruahine Forest Park in Hawke’s Bay, in order to allow it to be swapped for private land and flooded as part of the Ruataniwha Dam scheme.

Forest & Bird, the non-government organisation that successfully challenged the porposed land swap before the Court of Appeal and the Supreme Court, says the 22 hectares of land that would have been flooded by the Ruataniwha irrigation project has high conservation values. “Long tailed bats, fernbird, New Zealand falcon, and rare wetlands all exist with the dam’s footprint,” it notes in a media statement.

Yesterday’s precedent-setting decision was thought to have protected all of New Zealand’s conservation land from private development interests.