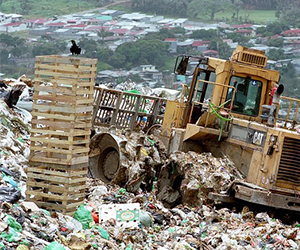 A $10 per tonne waste disposal levy introduced in 2009 under the Waste Minimisation Act has failed to stem the tide of waste engulfing municipal landfills, reveals the latest Waste Levy Review report published by the Ministry for the Environment.

During the current reporting period, the levy collector allocated $92.2million: $46.1 million was allocated to territorial authorities, $40.9 million to the Waste Minimisation Fund and $5.2 million was spent on administering the levy.

The largest waste stream is putrescible material (food and garden waste), followed by plastic, timber, paper and potentially hazardous waste. Rubble and concrete also constitute a large proportion of the total waste stream. These figures relate to 2012; no waste analysis has since been undertaken.

The charge currently targets households only.