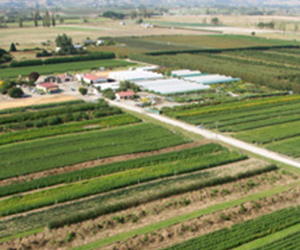 A 2016 groundwater nitrate survey of Tasman’s Waimea plains indicates that nitrate concentrations in the Bartlett-Blackbyre roads and State Highway 60 area remain high and appeared to have increased in some locations since a previous plains-wide survey in 2005, according to a report by the Nelson Mail.

The results were unexpected; nitrogen loadings were expected to have reduced due to improved horticultural practices, tighter controls on wastewater discharge and animal effluent management, and the closure of piggeries on the plains. Instead, some areas of high concentration measured up to 24g/m3 -N – well above the recommended level of 11.3g/cubic metre (11.3g/m3 -N).

The results, presented by Tasman District Council resource scientist Glenn Stevens, mean that groundwater in the affected area falls short of New Zealand’s Drinking Water Standard. Mr Stevens says the limited data suggests a seasonal variation with high nitrates of up to 40g/m3 -N but more typically 20 to 30g/m3 -N in late winter and decreasing over summer to about 10 to 14g/m3 -N.

Given that it is difficult to pinpoint the sources, Mr Stevens suggested that introducing resource consents for fertiliser use could be an option for consideration during the forthcoming review of the Tasman Resource Management Plan. He suggested that this matter would be for the Waimea Fresh Water Land Advisory Group (FLAG) to assess.