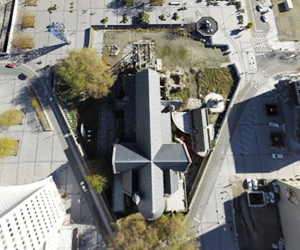 The report recommends reinstatement of the cathedral at an estimated cost of $105 million, to be funded by philanthropic and public donations, the Church’s insurance proceeds and support from central and local Government.

“About half of Christchurch wants to see the cathedral reinstated, the other half wants something new and more modern, but really, everyone just needs a decision. Agreement is vital because any decision that ties everyone up in the courts for five to 10 years is no decision at all”, said Minister Wagner in press statement.

She stressed that an agreed solution on the future of the cathedral is needed, sooner rather than later.

Ms Wagner hosted a meeting on Friday  with all Christchurch Members of Parliament to seek cross-party support for the Government’s commitment to brokering a solution.