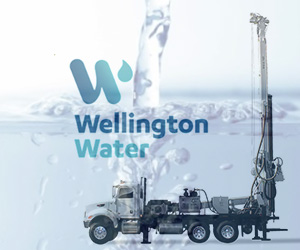 Wellington Water has begun drilling exploration wells in the hope of tapping into the Waiwhetu aquifer to gain a back-up supply of fresh water in the event of a major earthquake, according to a report by RNZ.

The drilling will inform planners about the geological and soil profile, and quality of water produced from the harbour bore. Estimates place well bore production at 30 million litres a day, servicing 20 percent of Wellington’s water demand.

The city’s existing major feed pipes are predicted to fail in 30 places in a 7.6 magnitude quake. Last year’s quake resulted in failure of the central city’s only feeder.

Wellington Water, the city’s main water utility, estimates that in the event of a major earthquake the city could be without water for up to 100 days. The utility hopes that by tapping into the aquifer this estimate could be reduced to less than 30 days.

The utility plans to also begin drilling 6 explorations wells in and around the city, starting in Newtown next week.