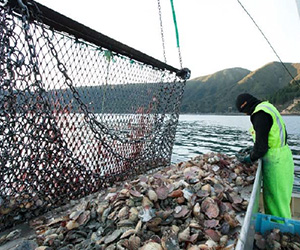 A survey carried out in January 2017 indicates that the biomass of scallops across SCA 7 has decreased since the previous survey in November 2015. The stock remains at its lowest recorded level, despite parts of SCA 7 the fishery being closed last season.

There has been no recovery in Golden and Tasman Bays. Some scallop beds in the Marlborough Sounds have responded to last season’s closure with a small increase in scallop numbers. However, the Marlborough Sounds as a whole remains close to the lowest recorded biomass level and contains the only remaining dense beds of scallops in SCA 7 that are considered critical for the reproductive success of the fishery.

The Ministry for Primary Industries (MPI) is now seeking feedback and submissions on whether:

MPI seeks views on whether a further closure would help safeguard remaining scallops and give the beds an opportunity to rest and contribute to the spawning potential of the fishery without disturbance from fishing. It would reduce utilisation in the short term, but this would be balanced by improved fishery productivity in the future.

MPI developed the consultation discussion document with input from tangata whenua and commercial and recreational fishing representatives. During the proposed temporary closure MPI will be working with these sectors to identify the causes for the decline and on long-term management measures for the fishery.