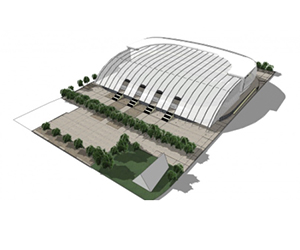 In his final act as Minister supporting Greater Christchurch Regeneration, Gerry Brownlee announced the Crown will fund a pre-feasibility study for a new multi-use arena in Christchurch.

The Christchurch Central Recovery Plan provides for a multi-use sports and entertainment venue to attract regional, national and international events.

Under the central city Blueprint, the land between three city blocks bounded by Hereford, Tuam, Madras and Barbadoes Streets was designated for the anchor project.

Mr Brownlee says the Christchurch Stadium Trust, which owns the temporary AMI Stadium in Addington, will undertake a feasibility report. The work will comprise of three stages – the establishment phase, the desktop analysis phase and financial analysis and modelling phase – and will report back to the Christchurch City Council Mr Brownlee’s successor, Nicky Wagner, by the end of July.

The Trust will establish a Stadium Trust Subcommittee – which will include Crown appointees and Christchurch City Councillor Tim Scandrett.

According to Mr Brownlee, most of the designated land has been purchased by the Crown. Negotiations for the remaining parcels are on-going.