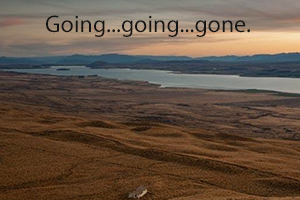 On Thursday last week the Environment Court issued its long-awaited decision on Plan Change 13 to the Mackenzie District Plan.

The purpose of PC13 was to insert provisions into the district plan to protect the Mackenzie Basin’s outstanding natural landscapes and ecology. PC13 was opposed by a majority of the district’s farmers on the grounds that it would make farming unviable. The proposed provisions restrict the capacity to intensify land productivity through irrigation, places limits on other farming methods, and restricts where farmers may construct buildings.

Since the plan process started back in 2007, it has been subject to 11 court decisions and has cost the council more than NZ$1 million.

While the Court had limited ability to change the provisions proposed by Council due to scope limitations, it has put in place effective regulatory controls over future pastoral intensification and agricultural conversion.

In his afterword, Judge JR Jackson noted that large areas of the Mackenzie Basin with significant inherent values are being lost, quickly. In particular he recommended an immediate moratorium on freeholds containing outwash gravels while a comprehensive “all-station” review is carried out.

The next planning step is for the Mackenzie District Council to commence the long-awaited review of its district plan.