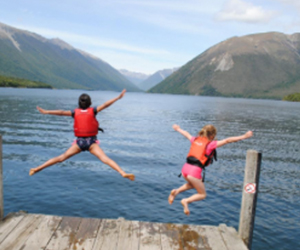 A report published yesterday by the Office of the Prime Minister’s Chief Science Advisor, Sir Peter Gluckman, finds that rapid restoration of water quality across all rivers and lakes in New Zealand is unrealistic and scientifically impossible.

The report, titled ‘New Zealand’s fresh waters: Values, state, trends and human impacts’ notes that there are “no silver bullets in water restoration”, and that multiple actions are needed, immediately, requiring partnerships between central and local authorities, iwi, citizens and businesses including farmers.

Sir Gluckman warns that no single measure is sufficient to understand the state of fresh water and the analysis is further complicated by gaps and inconsistency in the monitoring regimes. “This is reflected in the current confusion over the proposed new water standards…there is an inherent and pragmatic logic in having nuanced definitions that take into account what is an acceptable risk…but the impacts of such complexity must be interpreted and communicated clearly”, he cautions.

The report stresses that despite water monitoring in New Zealand being imperfect, the data very clearly shows that water quality and quantity is being adversely affected primarily by changes in land use and the diffuse contamination arising from pastoral farming and urbanisation.

Sir Gluckman notes that while the public might hope for rapid restoration of water quality across all rivers and lakes in New Zealand, this is “unrealistic and scientifically impossible”. He adds that climate change can only put additional pressures on our freshwater ecosystems and calls for considerable research to pre-emptively identify and deploy relevant strategies.

Image credit – Ministry for the Environment.