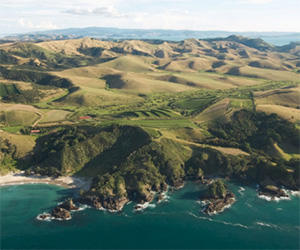 Whether or not land qualifies as an Outstanding Natural Landscape (“ONL”) is not influenced by the consequences of according it that status.

Proposed Change 8 to the Operative Auckland Regional Policy Statement introduced new policy provisions for outstanding natural landscapes (“ONL”) in the Auckland region. The Supreme Court’s decision in King Salmon was released after the conclusion of the Environment Court appeals on Change 8 but before the Court’s decision was released. The Environment Court reserved leave for parties to make further submissions in light of the Supreme Court decision, an opportunity that was not taken up by the appellant. The subsequent Environment Court decision confirmed two ONL on Man O’War Station Limited’s land, at the eastern end of Waiheke Island and on Ponui Island. The High Court rejected Man O’War Station Limited’s (MOW) appeal.

The fundamental proposition advanced by the appellant before the Court of Appeal was that King Salmon involves a significant change to the approach previously taken to the protection of ONLs in the coastal environment, so that all adverse effects within them will now have to be avoided. Given the strict approach to the avoidance of adverse effects flowing from the Supreme Court’s decision, questions arose as to where the bar should be set for classifying areas as ONL: outstanding at a national or regional level? influenced by the consequences of affording it that status?

Whether land has attributes sufficient to make it an ONL requires an essentially factual assessment based upon the inherent quality of the landscape itself:

The questions of what restrictions apply to land that is identified as an ONL and what criteria might be applied when assessing whether or not consent should be granted to carry out an activity within an ONL arise once the ONL has been identified. Those are questions that do not relate to the quality of the landscape at the time the necessary assessment is made; rather, they relate to subsequent actions that might or might not be appropriate within the ONL so identified. It would be illogical and ultimately contrary to the intent of s6(a) and (b) to conclude that the outstanding area should only be so classified if it were not suitable for a range of other activities.

King Salmon has not changed the threshold to be applied in deciding whether a landscape is outstanding for the purpose of s6(a), despite the fact the degree of protection for those landscapes has changed. This is because the Supreme Court did not hear or deal with any argument that the subject area was not outstanding, nor was there any dispute before it that the proposed salmon farm would have significant adverse effects on the natural character and landscape values of the area. There is no language in the King Salmon decision that suggests the Court was endeavouring to raise the test or threshold.

Part of the argument was that the “quality bar” should be set at a national level, rather than regional or local. The Environment Court had proceeded on the basis that the quality of the landscape was to be assessed on a regional scale, but omitted a comprehensive statement of why it considered the two areas to be outstanding. The Court of Appeal found no error in the Environment Court’s approach, confirming that a landscape judged to be outstanding in regional terms can be protected as a matter of national importance.

It was also argued that a reassessment of ONL status is required if the initial identification took place prior to King Salmon, in light of the implications of that decision. This too was rejected. The planning consequences that flow from the fact the land is an ONL are not relevant to determining whether or not it is an ONL. These are conceptually separate ideas and the Court was not persuaded there is a logical link between the two.

Importantly, the Court noted:
Nor have we been persuaded that the ongoing use of MOW’s land in the ONLs for purposes equivalent to those currently taking place would constitute relevant adverse effects on ONLs 78 and 85 having regard to the basis upon which those ONLs have been identified as outstanding in the ARPS.

Consistent with King Salmon, it is “inappropriate” subdivision, use and development that is to be avoided, with inappropriateness assessed by reference to what is sought to be protected. It is not all adverse effects, nor all activities, that are to be avoided.

In closing the Court noted that, while posed as questions of law, the underlying issue was essentially one of fact and judgment on the merits, not matters properly pursued in the Court of Appeal.

To read the Court of Appeal’s decision, click here.