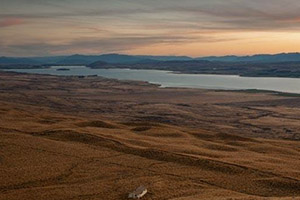 EDS filed proceedings in the Environment Court mid-November in a bid to block “destructive land use conversions” in the Mackenzie basin. According to the environmental NGO, tens of thousands of hectares of the Mackenzie basin are being transformed into irrigation circles at an unprecedented rate without proper regard for the ecological and landscape effects. This is compromising critically endangered or vulnerable rare ecosystems that support endemic invertebrate, lizards, freshwater fish, and bird and plant species, says EDS.

The settlement, reached on December 21, involves a commitment from the Mackenzie District Council, subject to its statutory duties, to introduce a Plan Change before Christmas that would temporarily suspend the exemption provisions from its district plan for a period of 12 months. The expectation is that within that time completely new plan provisions will then be put in place. The Environment Court made orders that effectively endorsed the approach.

“The agreement removes what EDS regards as a loophole in the plan that meant vegetation clearance could occur without land use consents being required,” said EDS CEO Gary Taylor.

“We consider that in agreeing to this settlement the Council has acted properly and in accordance with the objectives of the Resource Management Act and having regard to the national importance of the Mackenzie Country.”

The CEO of the Council, Wayne Barnett, said that the Council is pleased with the outcome, as it will give the council time to move ahead with Plan Change 13 which puts in place new provisions later in 2017 “that should provide an improved policy framework for the future of the Basin”.