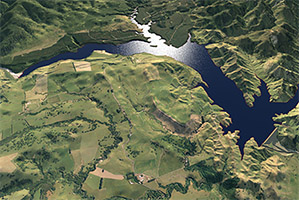 A recent Court of Appeal decision to reject a proposed land swap that would have cleared the way for a NZ$330 million Ruataniwha dam project on a block of conservation land in Hawke’s Bay, is to be challenged in the Supreme Court.

The Department of Conservation (DOC) and the regional council-owned Hawke’s Bay Regional Investment Company (HBRIC) have sought the hearing after the Court of Appeal rejected the proposed land-swap of a 22 ha area of the Ruahine Forest Park in the Hawkes Bay region, for 170 ha of farmland in the vicinity.

HBRIC intends to flood the  conservation land under Ruataniwha Water Storage Scheme, in order to capture and store about 90 million cubic metres of water to enable irrigation of 25,000 to 30,000 hectares of land on the Ruataniwha Plains.

The Supreme Court has indicated that a two-day hearing will be scheduled in February 2017.