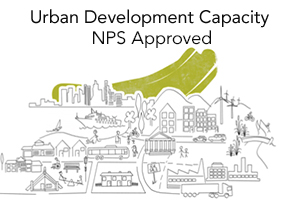 The Government has signed off on a National Policy to ensure councils in rapidly growing urban areas provide enough land for new housing and business development, announced Environment Minister Dr Nick Smith in a press release.

“The National Policy Statement on Urban Development Capacity (NPS-UDC) requires councils to allow for a greater supply of houses, so prices rise more slowly and houses are more affordable. The long-term root cause of New Zealand’s housing affordability problems is insufficient land supply, especially in Auckland where median section prices increased 350 per cent from 1990 to now; building costs increased only 78 per cent during the same time”, said Dr Smith.

“The NPS-UDC will require councils to base their decisions on better information, including house prices in their areas. It is also a powerful lever for those seeking additional residential zoning from councils in that they can appeal council decisions to the Environment Court on the basis the council is not meeting supply requirements,” he added.

The NPS-UDC takes effect on 1 December and the biggest councils experiencing high growth will be most affected, including Auckland, Christchurch, Tauranga and Hamilton. Smaller, fast-growing cities such as Nelson and Queenstown will also be affected.