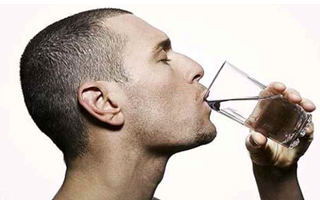 The Royal Forest & Bird Protection Society is appealing a High Court decision allowing the Department of Conservation to proceed with a land swap, which will result in 22 hectares of Ruahine Forest Park being flooded as part of the Ruataniwha Water Storage Scheme.

Last month, the High Court ruled against a bid by the environmental lobby group to block the director-general of conservation’s decision revoking the conservation status of the land that lay within the footprint of the proposed reservoir in exchange for a larger area of land with conservation value.

Justice Matthew Palmer rejected the group’s challenge, finding that the decision was within the broad purpose of the Conservation Act.

“Allowing this decision to stand could mean that any part of New Zealand’s specially protected conservation land can be traded away and the special values of the land removed to advance commercial interests,” Forest & Bird lawyer Sally Gepp says.

“It sets a precedent for up to one million hectares of specially protected conservation land throughout New Zealand, which includes forest parks, conservation parks, and ecological and wilderness areas.

“The judge made the point that this case goes to the heart of the purpose of the Conservation Act, which is why it is such a significant case for Forest & Bird, and for New Zealand. We believe the High Court was wrong to hold that the decision was consistent with the Act’s purpose.”

Forest & Bird says it has lodged its appeal.

The $275 million irrigation scheme, backed by the Hawke’s Bay Regional Investment Co, will create a 93 million cubic metre reservoir to store water in the upper Makaroro river to improve river flows for agricultural use in the Tukituki River catchment. It’s estimated it will provide irrigation for 25,000 hectares of farm land in central Hawke’s Bay.